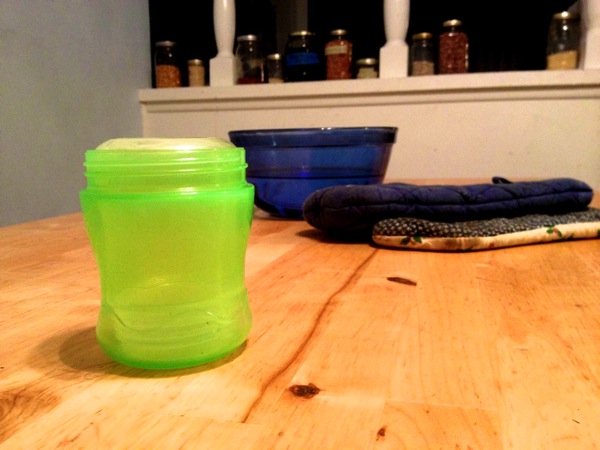 I had an idea. I could put the two stuck-together cups into the freezer, 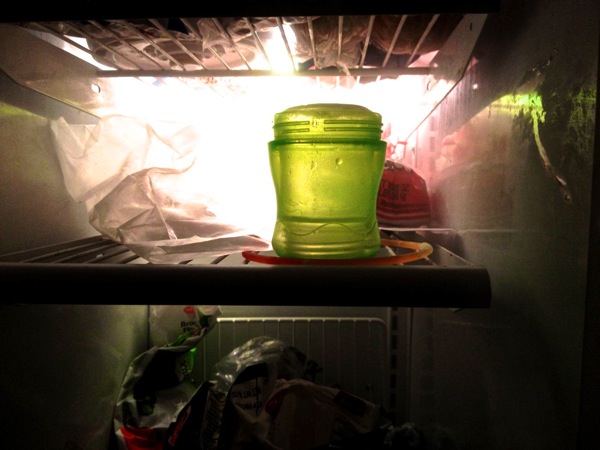 and fill a glass Pyrex bowl with water. I put the water filled bowl into the microwave for about four minutes. 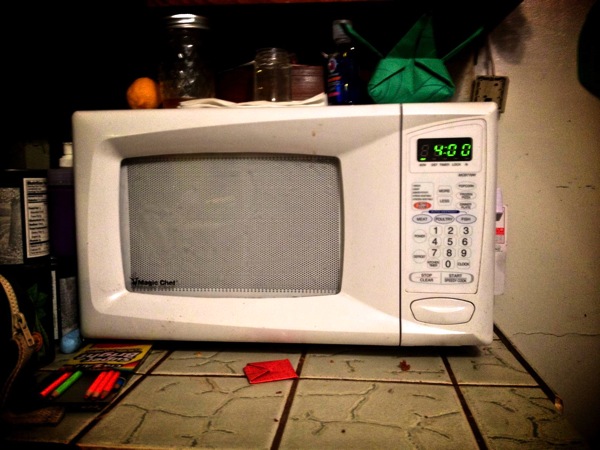 Then I drew a diagram on the dry erase board and called the kids to come over and explain how we could use the near-air-tight seal between the two cups to our advantage because we know that air expands when hot, but cold air has its molecules closer together. 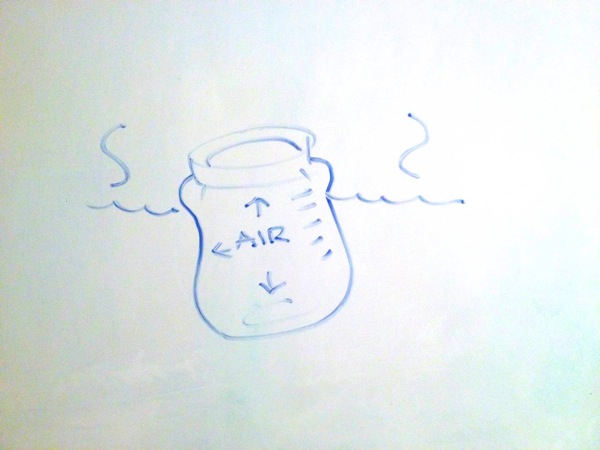 I told them that my hypothesis is that when I put the cups full of cold air into the very hot water, the air will expand and hopefully push apart the two cups from within.

I also informed them about the danger of possible splashing of very hot water, so they moved back a little.

With two oven mitts on my hands, I put the steaming bowl of hot water on the dinner table, and retrieved the cold-fuzed baby cups to be lowered into the water. After mostly submerging the cups, nothing seemed to be happening, 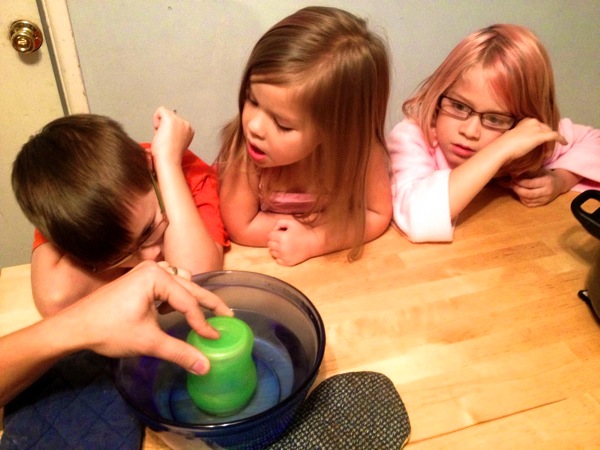 but after about 30-45 seconds, I felt a low vibrating squeaky almost-sound. I was now holding the top cup with my bare fingers. A few bubbles came up, and more squeaking Tupperware-like noises occurred. I asked each of the kids to place one finger on the upper cup to feel the vibration I noticed, since it was nearly inaudible. 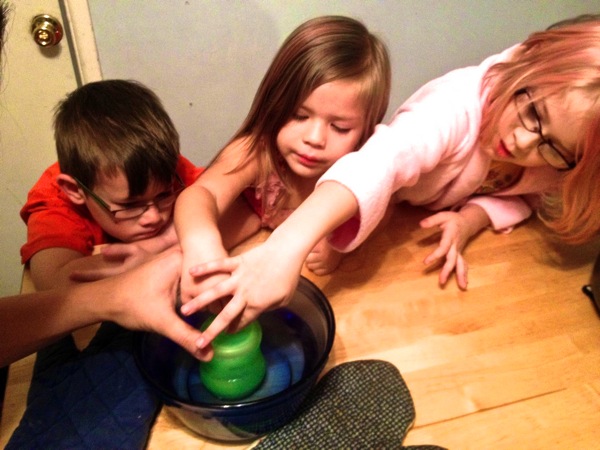 Eyebrows raised, but it didn’t feel like the cups were moving any more to me. Once the vibrations seemed to be slowing, I feared that maybe too much air escaped around the seal between the cups to separate them.

I lifted up the top cup from the water, and the smaller cup fell out with a faint “puh” sound as the remaining pressure was finally released. (I guess the internal pressure of the cups was balanced with the external water pressure from being submerged)

I was relieved to be my kids science hero for the moment, knowing they all tried to pull apart these same cups unsuccessfully. I felt like this was too fun not to share. 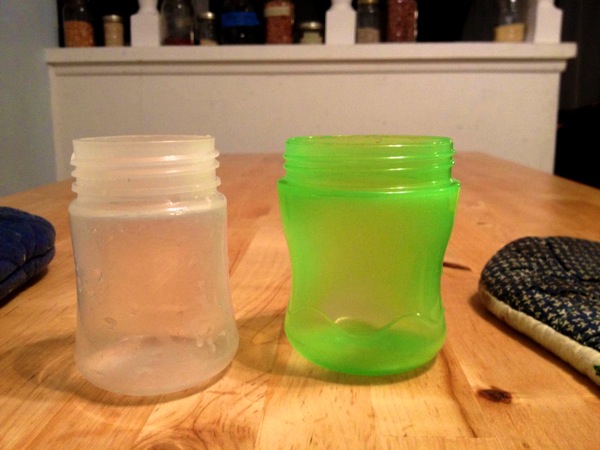 Who says you won’t eventually use something you learned in science class? Not me.

2 replies on “Under Pressure”

What a great learning moment that’s practical too!