I support Freedom, Liberty, and the right to stand, sit or kneel for what you believe in. Symbols represent different things to each of us depending on our known personal and cultural histories.

I may not agree with a particular demonstration, but I respect the right to demonstrate. I am against the bullying of people with unpopular views.

I hope to be supported by likeminded people when I am under fire for standing for my beliefs as well. It is just a matter of time.

I want to move to a place where there are no tears and there is no sorrow, but that may have to wait until beyond tomorrow.

There is suffering here until death from our birth , we must strive to bring healing while we’re still here on earth.

If we don’t do this- I ask you, who will? We can’t leave our poor earth to those who would kill.

I will pray for the healers to not leave prematurely, while those who love evil can go fast and early.

Unless they would change, and join in the fight- to defeat selfish suffering and uphold what’s right. 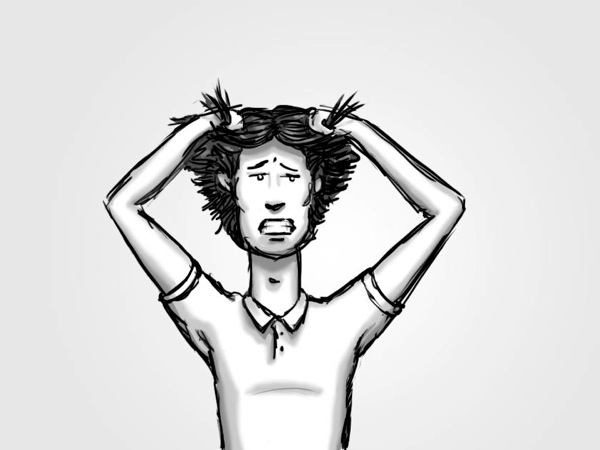 I am a Christian. When I say that, it means I keep trying to be and think like Christ. He got angry at religious hypocrites, loved all people, but hated their sin. He did not care what you thought of him when he hung out with otherwise rejected people. Unlike Christ, I am not successful at doing everything right, but that does not mean I do everything wrong either. The biggest challenge is recognizing when I have done wrong so that I can change it. I don’t like how criticism feels at times, but I welcome it. Respect demands listening with consideration.

There is a movement of “Angry Militant Internet Christians” who would like to coerce me into thinking that there is a “War on Christmas” and so I should not smile and greet those who greet me with a “happy holidays” cordially, but should instead be insulted that they have omitted the name of Christ on our sacred holy day. Perhaps I should reply with a snarky, “Merry Baby-Jesus-Christ-mas to you, fine heathen!” Because that would show the love and intentions of the Prince of Peace himself, yes? No.

Maybe there are politically charged folks out there just looking to debate everyone and slam the beliefs and practices of others. I just don’t want to join them. It is too easy to get all wrapped up in that sort of thinking, and makes peacefully relating to everyone else entirely too difficult.

I was reading in the news about Congress and The President who are in a time sensitive standoff about what sort of compromise can be had to avert the impending ‘fiscal cliff’ (that refers to hitting the debt limit of the United States while spending continues to rise). When nobody respects each other, everyone suffers.

Foreign policy around the world has a similar set of issues. Countries go to war, terrorists attack, sanctions and tariffs are levied. Generally because someone else has what they want, is benefiting unfairly, or is not playing by the rules the other party made up. Selfishness encourages more selfishness.

One day when Angry Militant Internet Christians have lost their “War on Christmas” and used up all their remaining grandfathered influence on society, they will be humbled outcasts in need of undeserved respect and acceptance from those who are inspired to love unconditionally and inspire others to do the same, just as Jesus did.

And have a happy new year as well!

Politics polarize these people to judge each other with labels and accusations that others don’t care as much as they do.

To simplify the arguments, I hear that liberals accuse conservatives of not caring about the poor because of a general lack of support for government programs that give to the poor.

Conservatives accuse liberals of not caring about traditional morals because of their lack of support for laws that would enforce a more a more strict set of values involving marriage and sexual conduct. They also criticize efforts to remove prayer and references to God in schools and other government buildings.

I do see a pattern in this. One party criticizes the other for not giving power to the government that the other sees as a personal decision that should not be legislated. A fiscal conservative may say, “Don’t force me to give through the government. It would be better to protect selfish people’s right to choose where they give than to reduce my freedom to be generous to organizations I fully support. That would reduce my freedom to choose how I give.” A liberal may say, “Don’t force your morals on everyone. It would be better to allow some to live out their beliefs in a way you don’t like than to force your values and restrictions on everyone. That would reduce my freedom to choose how I live.”

I used to believe that the government should just do whatever I thought was right. In a democracy, it is the people who are responsible for the decisions of the government. Although I still believe in that idea, I see government and legislation as a wasteful and ineffective conduit to implement many of these ideas. I believe in generosity and selflessness, but the government takes away something more than revenue when it assumes the role of distributor from me. It takes away a felt compassion from the giver to the receiver. I believe in self control, loyalty, monogamy and modesty, but when the government dictates what substances are legal to have, what the terms of marriage are, and what a pastor can and can’t say in a church, it takes away the responsibility of individuals to make many decisions for themselves about what is wise, what commitments they are willing to make, and have the freedom to say things that are not popular.

For the Republican party to get it’s way, I fear it would be like having an embarrassing friend who is seen as a bully, picking fights and stirring up trouble for everyone and causing unnecessary & expensive drama, even though they mean well, and just want to make things right as they see it.

For the Democratic party to get it’s way, I fear it would be like having a well-meaning friend who wants to give gifts they can’t afford to give and help everyone out using their credit card, not realizing how much of a mess they have left things for everyone involved.

I believe that the government should solve more problems than it makes. When the government oversteps what it is good or efficient at, it will create more problems than it solves. Right now, I believe that the US government is bigger than it needs to be, and its role and our expectations of what problems it solves should be reduced. Some believe that voting for a third party candidate is throwing my vote away in a two-party race, but I think that believing that a two-party outcome is always inevitable would be throwing away my vote. I am voting my conscience from now on, and I hope you do also.